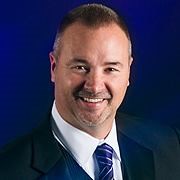 Mark is currently serving as the Operations Manager at Erie Commerce for IRG Realty Advisors.  Mark worked for Optimas OE Solutions as Operations/Service Center Manager from 2014-2017.  His facility did between $20 and $60 Million annually in sales to major customers, GE Transportation and Cummins.  Mark took care of the P & L, KPI and had other roles in regard to employees, budget planning and safety.   Mark and his Optimas Team were recognized in 2014 as a “Big Deal” for saving Optimas over $750,000.00 that year in transportation costs.

Mark owned and operated Penn Radiator, Inc. dba Penn Automotive from 1987-2014.  Responsibilities included all day to day operations, marketing strategies, budgeting, scheduling, warehousing, automotive parts, sales, inventory and quality control.  During his tenure at Penn, Mark was elected President of the Automotive Air Group from January 1999 to January 2001, an international organization of Mobile Air Conditioning Technicians and service facilities in the US, Canada and USVI.   He and Penn Radiator were also featured in Cool Profits magazine.

Mark volunteers with several nonprofit organizations in Erie, A Hand Up, Climate Changers, Inc and the American Red Cross.  He also served as an assistant scout leader with BSA.